When should you start worrying about your organizations culture alignment or realignment?

When should you start worrying about your organizations culture alignment or realignment?

At Kognitvus we have worked with several of our clients to help address their culture alignment challenge and as per our experience and research there are these 4 broad indicators that are the trigger points and situations in which organization culture alignment should be taken up as a critical project.

If your organization is going through at least one of the above scenarios, “now” is exactly the time to rework on your culture alignment in the most scientific way. 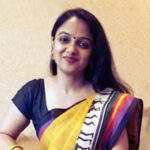 Shambhavi believes that there always exists a creative way to accomplish a task. With a degree from CDAC in Animation and Multimedia and a certification from IIM Bangalore in Digital Marketing, accompanied with several years of work experience in the corporate, she has polished her skills. In her quest to be more expressive and interactive through her creativity, she has earned a lot of appreciation. She loves to travel and read on diverse subjects.

Do we realize what we are missing by working from home?

Is your organization culture moving people up the ladder of motivation or pushing them down?

How important is work culture?