Does frequent job-hopping impact our psyche and career negatively in the long run?

Does frequent job-hopping impact our psyche and career negatively in the long run?

There were days when people worked in an organization till their retirement but now the things have changed drastically. People are frequently changing one organization to another and finding greener pastures when the need arises or so it seems.

What Compels People to Change Jobs? what role does psychology plays here?

According to researcher and Clinical psychologist Joel Low, there is a difference between healthy and unhealthy job hopping’s.

Changing jobs when one has gained enough skills and could take on different challenges or more responsibility or they think they deserve better is not a bad thing and to some extent is healthy but when hopping increases abnormally in an attempt for finding satisfaction and not learning or progressing by settling themselves in one organization is unhealthy. Research says jumping jobs can negatively impact a person’s daily functions and quality of life as well.

Psychologically it is difficult to pinpoint one or two key reasons or issues when it comes to extreme job hopping, it could be a combination of factors working in tandem, such as an individual’s past experiences, temperaments expectations, circumstances at work, or inability to find one’s place.

But broadly three main factors that results in hopping:

If you see, each of the above factors have an underlying theme of being discontent with one’s current situation and that often happens due to lack of purpose in life. If we are not clear about what success means to and what is our purpose, then our mind will be distracted and that breeds discontentment. And that discontentment may not be addressed by even switching to a new job.

Workers have to understand that job hopping might help in some short-term gain, but it will be dangerous in long-term. “If you keep jumping for money but don’t explore your passions/pirpose, you’re going to end up dissatisfied,” said J.T O’Donnell, founder and CEO of Work It Daily, speaking with NBC News. “Eventually, you’re going to hit a plateau where you’ll be overpriced for the market, but you won’t have built a track record of results throughout your career, so no one’s going to want you.” So, ask yourself if we are ready for the long term consequence of job hopping?

To avoid falling in the above trap, consider doing introspection to define what success means to you, then define the goals aligned to the picture of our personal success and then act on those goals by choosing the right place to work. 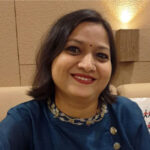 Rajul being Human Resource Generalist with over 6 years of experience. She has interest in gathering information on Ayurveda, belives in spirituality, likes to read and watch spiritual videos.