A date with an Interviewer – are you prepared?

A date with an Interviewer – are you prepared?

It’s an established fact that, in India, certain skills desired by the industry are lacking in the campus graduates/post graduates who appear for the interviews at their campuses. A simple google search on “Employability of Indian graduates 2015” will reveal that across the domain (area of studies), as low as 37% students are considered employable.

While many universities and campuses are aware of the challenge and have updated their curriculum to prepare students for the industry by grooming them on certain skills like Communication, critical thinking, problem solving etc. there is still a long way to go.

Some of the key challenges that lead to unpreparedness of the students at the interviews are:-

Apart from the above three, there are some common mental blocks that prevent them from preparing well. E.g. Procrastination, distractions from social media, mismanagement of emotions and lack of confidence are some of the major obstacles which lead to low performance in the interviews. Overcoming mental block becomes imperative for students to deliver their best during the interviews and manage themselves better, before and after the interviews. In my mind, this is the biggest hurdle to overcome and is currently missing in most of the interview preparation guidance programs currently available.

I would conclude by saying that there is a need for students to take the interview preparation more seriously and methodically and taking a professional help to align their preparation is surely an option not to be missed. 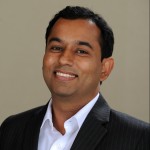 Siddhartha is passionate about building innovative and sustainable organizations for future. He believes that People are the most valuable assets of any organization and to achive the goal of organiaions succes, we have to unleash peoples potential by helping them develop their abilities, creating a culture that ensures their energies are best channelized and unleash their creative and innovative potential. At Kognitivus he works with CXOs, Senior Directors and HR heads to design and execute organizational change management to ensure business goals aligned people development, business strategy aligned people strategy and innovation capabilities at all level.